Wired to the Wilderness

An hour outside of Atlanta, across a railroad track and through a charming small town, there is a mile-long, tree-lined driveway. A giant field of fading sunflowers and a hunting platform also greet visitors to this oasis outside the city, which was first envisioned by 15 friends looking for a place to escape. 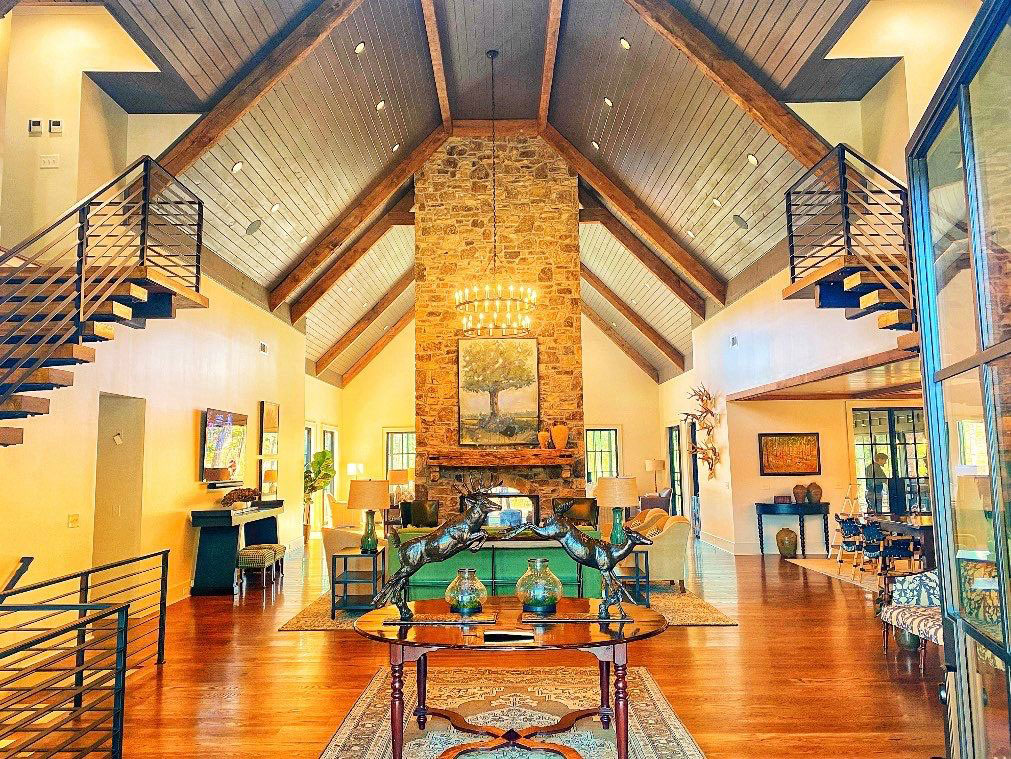 The grand room of The Oaks Hunting Lodge is two and a half stories tall, complete with a masculine elegance established by a large rock fireplace and touches of local art, comfortable fabrics, and patterned rugs. 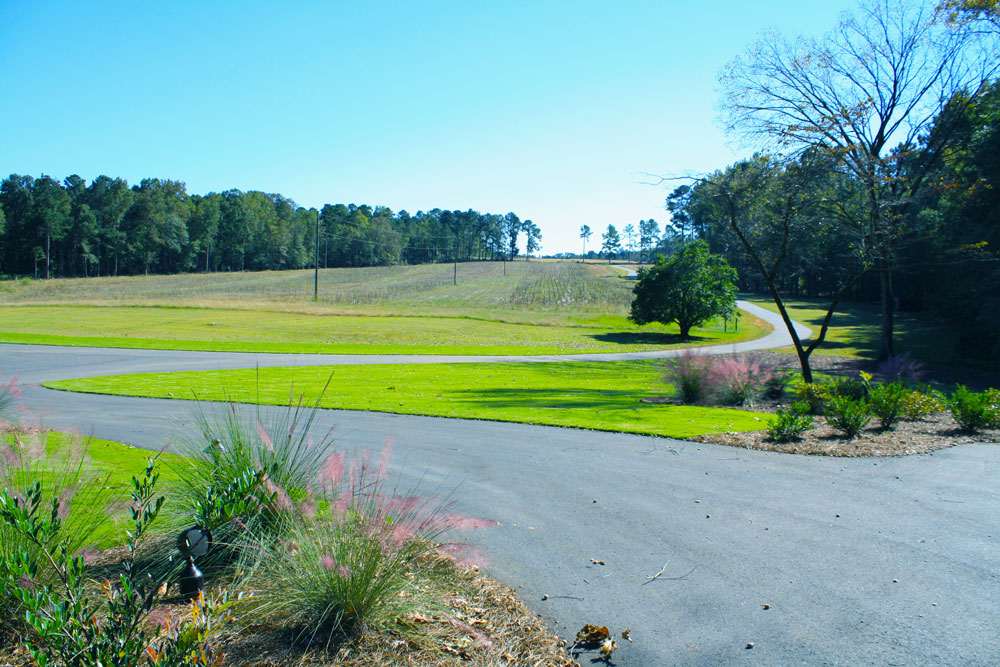 There are 17 distributed audio zones in the property, including six zones outside — such as the circular driveway at the front, where music greets visitors as they walk inside. 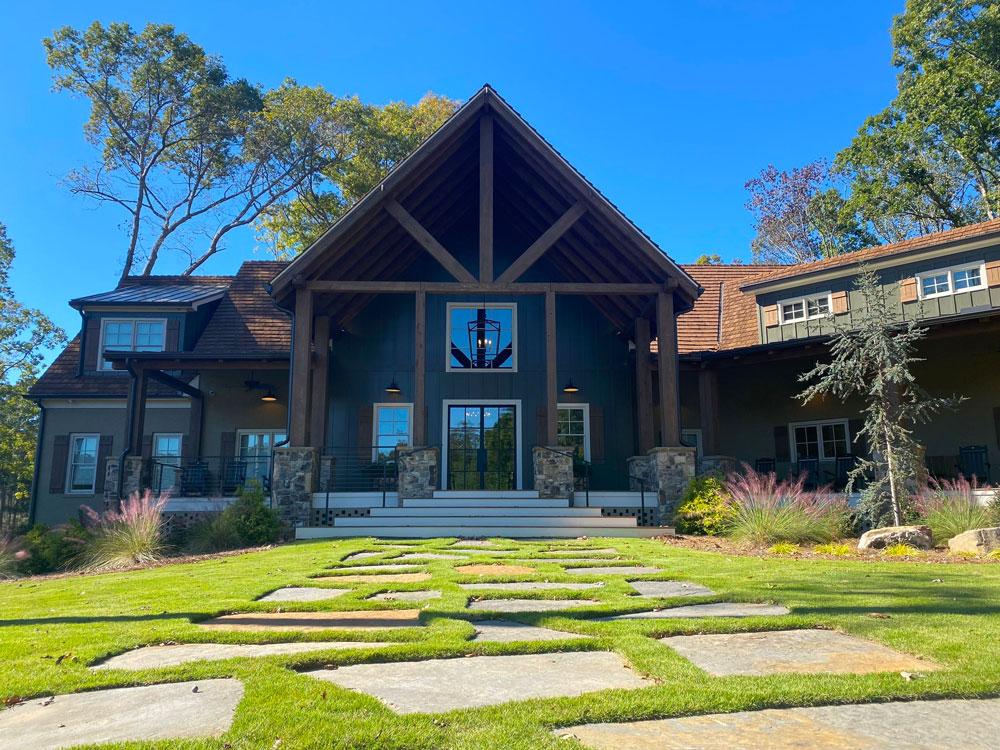 When this group invested in 2,000 acres of property in middle Georgia, they aimed to build a hunting lodge getaway that still had the ability to connect back with the real world when necessary. However, the land had not been managed for nearly ten years and included an abandoned structure and frequent trespassers, who were surprised to find their favorite fishing spot now under new ownership.

The team the owners put together had a daunting challenge ahead. The existing structure needed to be gutted, rebuilt, and augmented with 14,500 square feet containing 15 suites, several common areas, a board room, an immense kitchen, and a bar and game room. The land needed to be secured and managed for hunting trophy deer and fishing bass, trails blazed through the trees for four-wheelers, and fields put under the care of a local farmer. 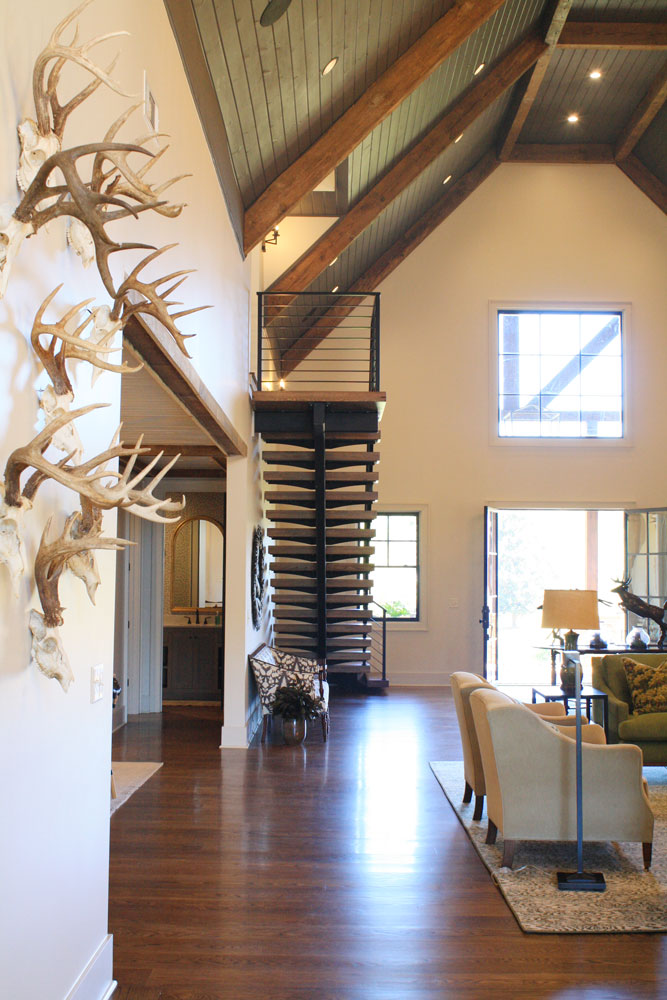 All of this needed the best connectivity the industry could offer. Especially with the pandemic looming, the homeowners wanted the ability to work remotely from the property. They wanted the ease of a fast network, with TVs and audio in every room. While several guests were well acquainted with smart home technology, everyone had different platforms at home and so whatever was installed needed to be intuitive and simple.

“We were given a lot of creative license that we normally don’t get,” said integrator Jason Caponi, owner of Performance Audio and Video in Atlanta. “However this in itself presented its own challenge since there were no plans of any real substance to start with.”

Getting Service in the Middle of Nowhere

While the 15 owners and their families are not necessarily all at the hunting lodge at the same time, the network needed to accommodate that much activity, plus more for events and entertaining. It also had to work well in the outdoor common areas, including a nearby barn that contains 15 garages filled with everyone’s recreational gear, a fishing dock, and a fire pit area.

“There was no internet or service at all when we got there,” said Caponi. “There was literally nothing there.”

The initial plans for the property were daunting. Most of Caponi’s technicians lived over an hour away, so the homeowners allowed them to use one of the garages to hold their equipment. They worked primarily off of the elevation plans and worked closely with the clients to establish what was first needed, most importantly of which was a solid network. 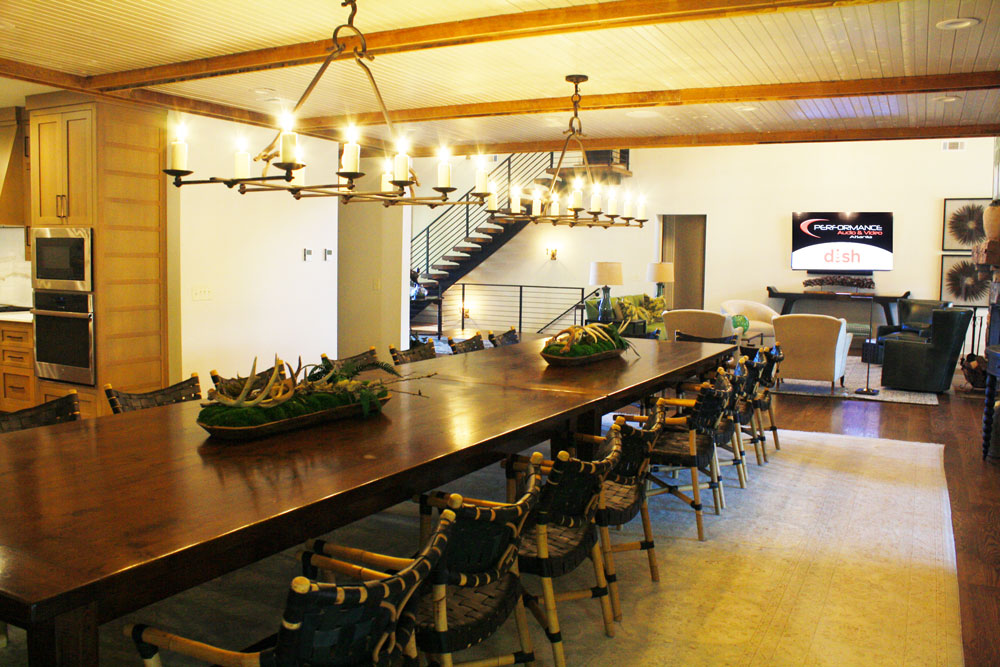 The dining room off of the kitchen and bar offers seating for every guest along a long wood table illuminated by modern chandeliers underneath an exposed beam ceiling.

Getting Wi-Fi on the property was no easy task. It took several months for the team to get AT&T to install a business fiber line, which ran from the highway and all the way up the long driveway. The team then installed eight indoor access points to the Wi-Fi system, as well as five commercial-grade access points with a Wi-Fi 6 Dual-band. According to Caponi, the Wi-Fi is substantial and includes the nearby outdoor common areas as well.

“It was like providing for a small hotel,” Caponi added.

Easy TV for Everyone

When it came to the TVs, the clients wanted something that was simple for everyone to use, was reliable, and provided all of the streaming and cable services any member of the clients’ families — including children, wives, and girlfriends — would want to use.

“We suggested DISH for TV because they are so easy to work with,” said the integrator, adding that the provider might be associated with sports TV but also provides standard streaming services, as well as live, on-demand, and recorded shows. The homeowners also agreed that DISH would be easy for everyone to figure out.

Frank DeFilippis, who led the DISH team on this project, took on the responsibility of designing the large and complicated satellite video system for this project, but let Performance AV be the contact for the homeowner. In total, the project involved 30 TVs, 30 Dish boxes, and two satellites. 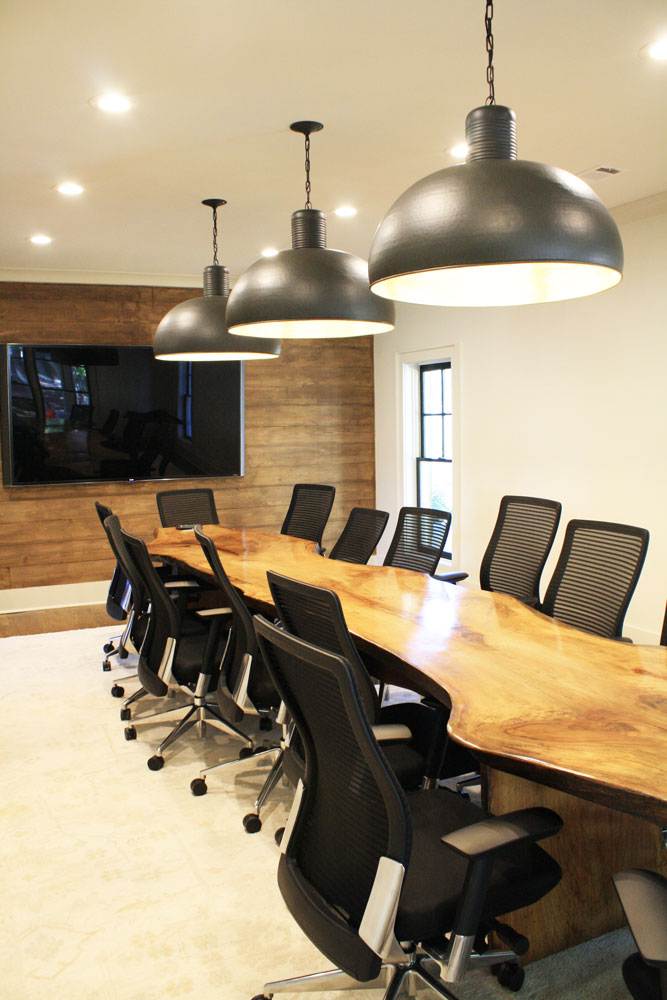 The 30 TVs throughout the property — including all bedrooms and common areas, as well as the board room and the bar outside the garage — are part of a complex system designed, installed, and maintained by DISH.

“We are here as a support system for our dealers,” said DeFilippis, adding that this advantage is available through DISH’s new concierge service, which is a dedicated support team for VIP clients. “Not only do we engineer the system, but we also install it and own the responsibility to service it should anything ever need attention.” 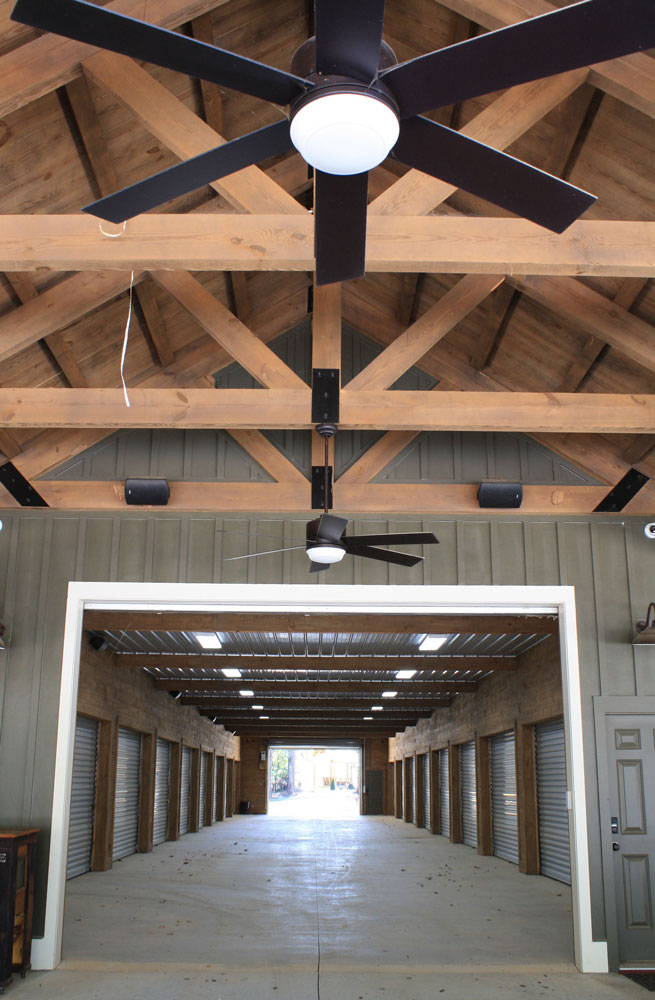 One of the buildings on the property is a huge storage barn with 10-ft. by 15-ft. garages to hold everyone’s recreational gear. This space is secured by Hikvision cameras and boasts an additional bar area with a DISH TV.

The DISH entertainment system offers both live broadcast TV as well as integrated Netflix streaming, four-channel multi-view for watching sports, eight terabytes of shared DVR storage, and 99 percent signal reliability — even in rural areas such as this one. 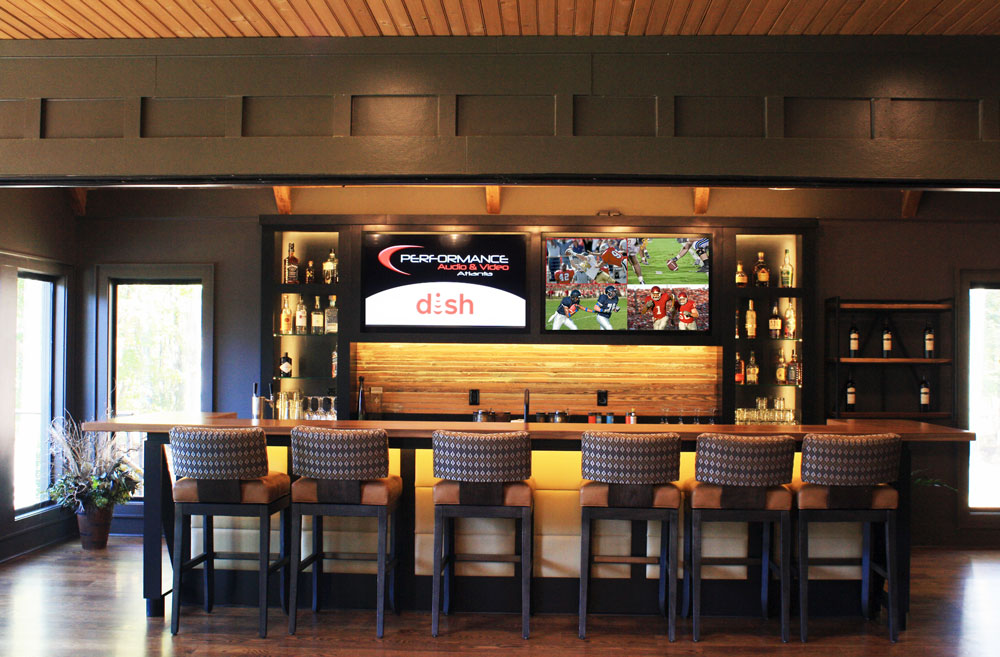 Along with intuitive TVs and a solid network, the homeowners wanted technology that enhanced the overall environment without the stress of having to learn a smart home system they didn’t know.

“This is definitely a project that could have been more complicated and more complex,” said homeowner David Oyler, who is a frequent client of Caponi’s. “We needed to dumb it down.”

Sonos was an easy choice for streaming music through the house, as everyone can just control the audio throughout the home — from the outside walk up to the kitchen — via an app on their phone. The AV team also wired the house for Lutron, which will be installed next year. The cost of the lighting integration was substantial but deemed necessary once the homeowners realized it took half an hour to turn all the lights off in the house. 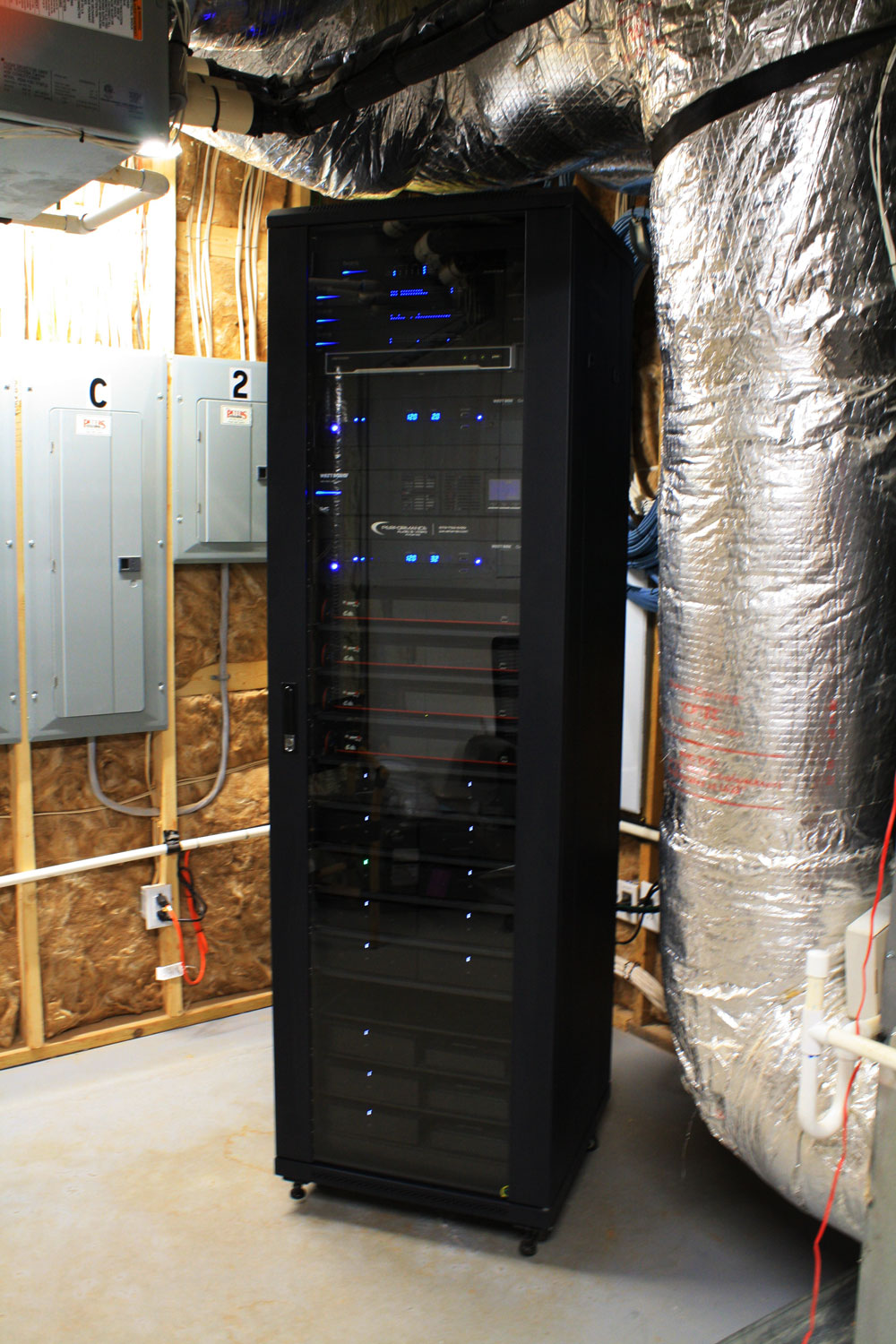 With people still wandering unknowingly onto the property, a solid surveillance system was also necessary. However, the homeowners had two requests: make it comprehensive, while also respecting people’s privacy. The 24 Hikvision cameras on site do not blanket the entire area, but do cover every entrance and are motion activated. They can also be turned off during events if the homeowners want.

Performance AV’s ProActiVe Membership Program provides 24/7 service and support to assist with any questions or issues that arise with the system. Anyone staying at the home can reach a support technician immediately should the Wi-Fi go out or if they just need some guidance on turning on the music. 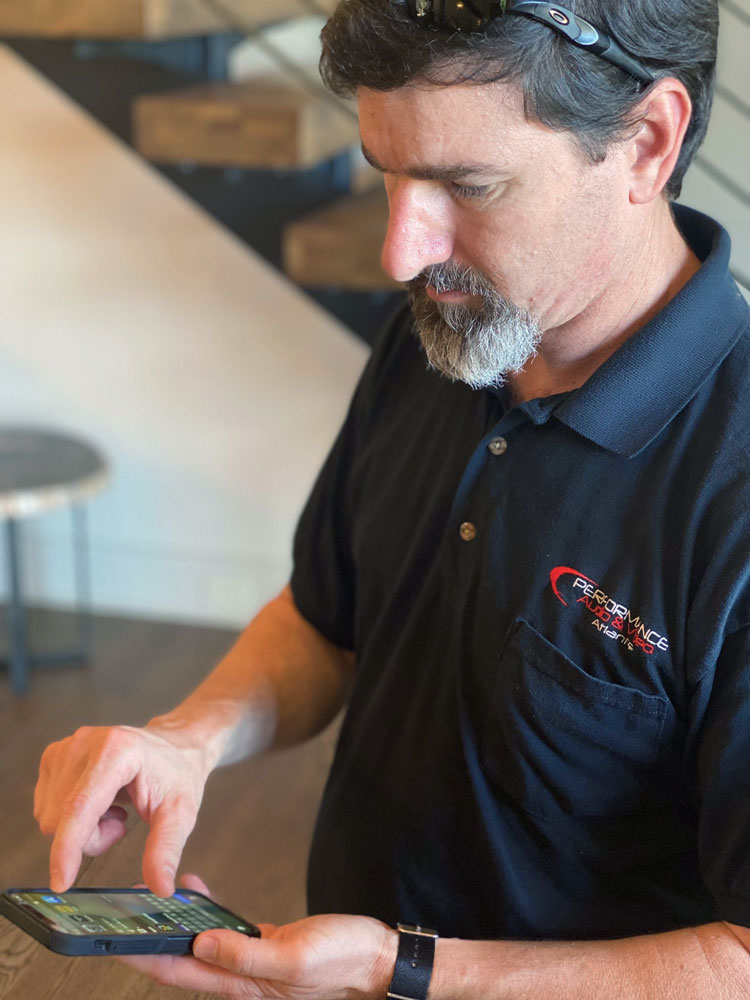 Performance AV’s ProActiVe Membership Program comes with an easy-to-use app for homeowners to contact the PAV team if they have any issues.

While this was always going to be a hunting lodge, the owners’ vision was that of casual elegance. Interior design team Angelyn Lewis and Caroline Schmidt of Chadwick and Company Designs were brought on board to ensure that the home was aesthetically pleasing to everyone — not just overly masculine, even for a hunting lodge.

“I don’t like things over the top one way or another,” said Lewis, when asked how she balanced the masculine with softer touches like welcoming fabrics and local, nature-themed artwork. “I incorporated more interesting details than just all heads and leather. People then gravitate towards what they like.” 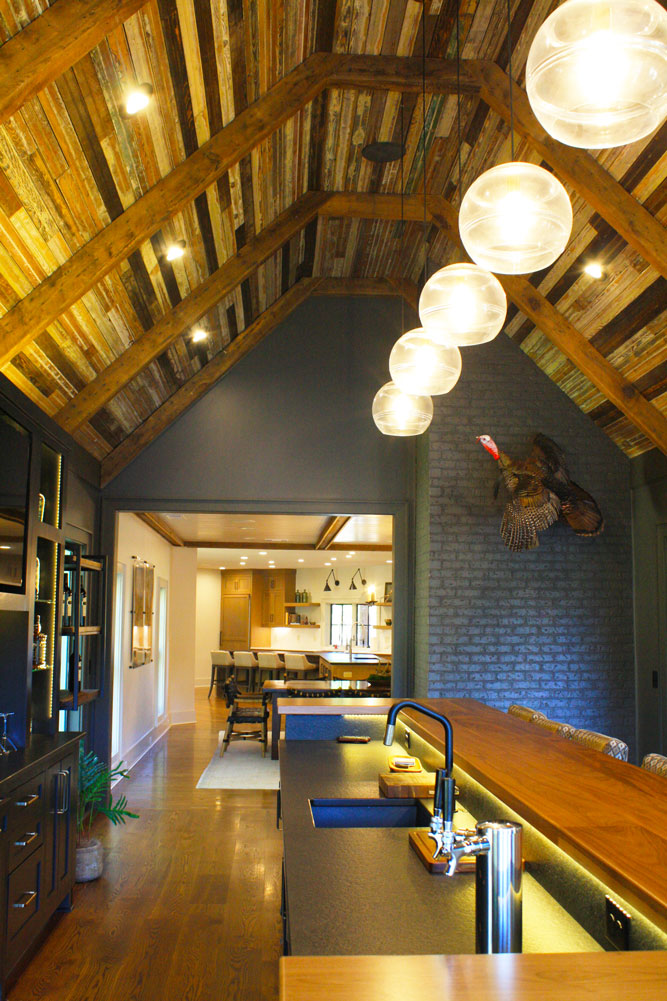 Each bedroom is named and decorated for a different animal hunted on the property: the bottom level is fish, the middle is land and the top is birds.

According to Lewis, the main room might have a huge rock fireplace and old beams for a beautiful, manly space, but each piece of furniture got the sit test for comfort. The nearby bar, complete with two TVs and seating for six, boasts a wood beam ceiling, a decorative brick wall, and dark countertops. Contrasting these rooms is a modern kitchen with rift cut, white oak cabinets,  a marble backsplash, and a cozy sitting area.

Each individual bedroom might be a different size and shape but are similar in standard. Everyone has the same bedding and overall clean, transitional appeal but different names and artwork to correlate: the bottom level theme is fish, the middle is land and the upper level is named for birds. Together with the simple integration systems, the homeowners feel at home while escaping here.

“Just everything is very comfortable and elegant,” said Oyler. “No one felt like they were getting an inferior space.” 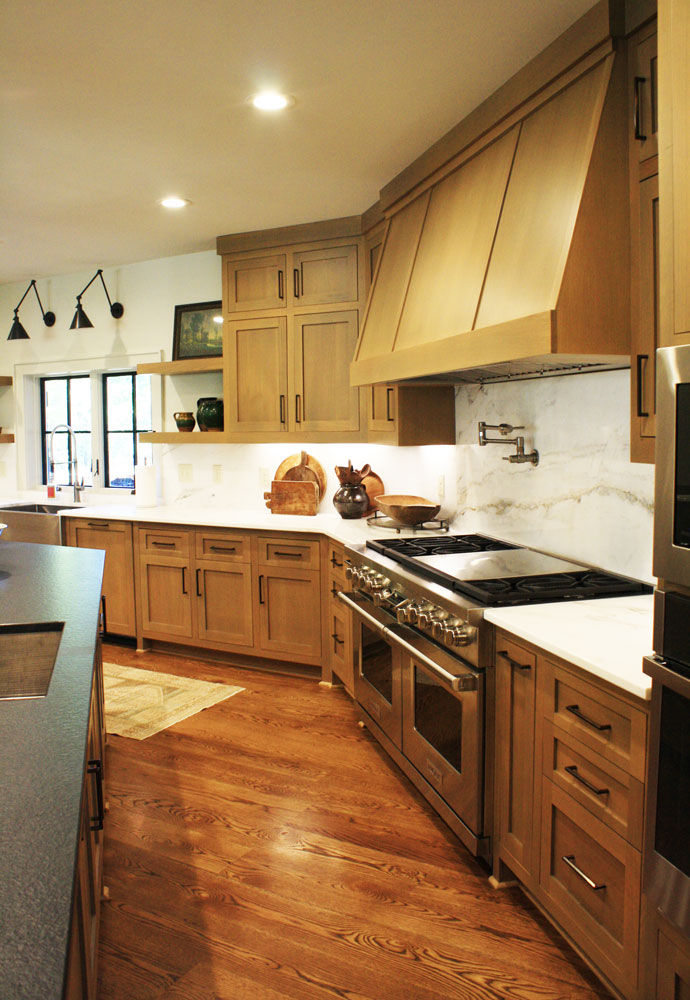 The immense and modern kitchen has all of the amenities for cooking for a large group, including double ovens, an extended island, and an 8-burner stove.

This project was featured on a podcast and also appeared as a cover story, “Wired to the Wilderness” in Connected Design’s online magazine, reprinted here with permission.
Story: Erinn Loucks.
Photos:  Erinn & Barry Loucks.

Want the automated home of your dreams?
PAV can make it reality. Let’s talk.

We are headquartered in Marietta, Georgia, but PAV serves customers in the wide metro Atlanta area, especially Cobb County and Marietta.