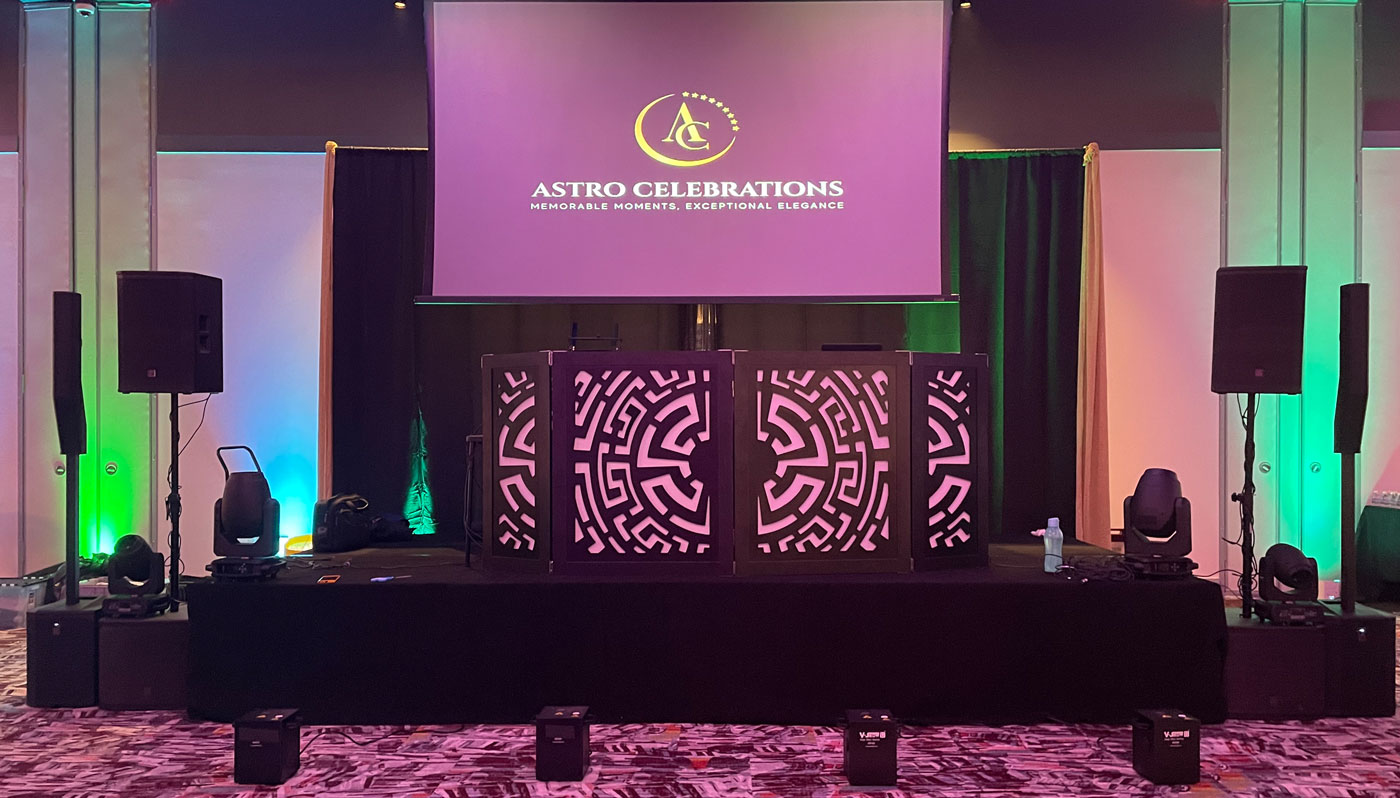 AV systems have traditionally required point-to-point physical connections (aka. Cables) between devices, resulting in cumbersome amounts of specialized, single-purpose cables that define where audio and video signals can go. Changes are labor-intensive and expensive, and noise and signal degradation are constant companions as distances grow. The result is systems that are difficult to deploy and even more difficult to adapt as demands shift. 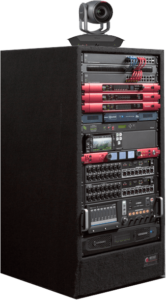 DANTE eliminates the need for a singe purpose audio cables by moving all of the devices to a standard IT Network. DANTE effortlessly sends video or hundreds of channels of audio over slender Ethernet cables with perfect digital fidelity. All connections are now managed with software, making audio connections and adjustments fast, reliable and easy to adjust. Because all devices share the same network, signals can be sent between any devices no matter where they are located on a site, with no change to the wiring at all. DANTE systems are easily expanded, exactly as one might add a printer to a network. Just connect additional devices to any available network jack and start using it.

DANTE is the evolution of AV systems, converging all previous connection types into one. DANTE delivers vastly superior performance while making these systems easier to use, easier to expand, and less expensive to deploy. 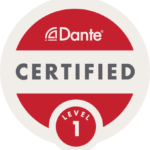 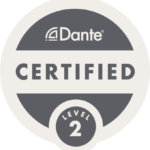 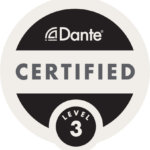 A boardroom can have many inputs: delegate microphones, PC playback, radio microphones and connections to video conferencing. This can result in a lot of wiring, which can be especially difficult when this needs to be contained neatly in an office environment. 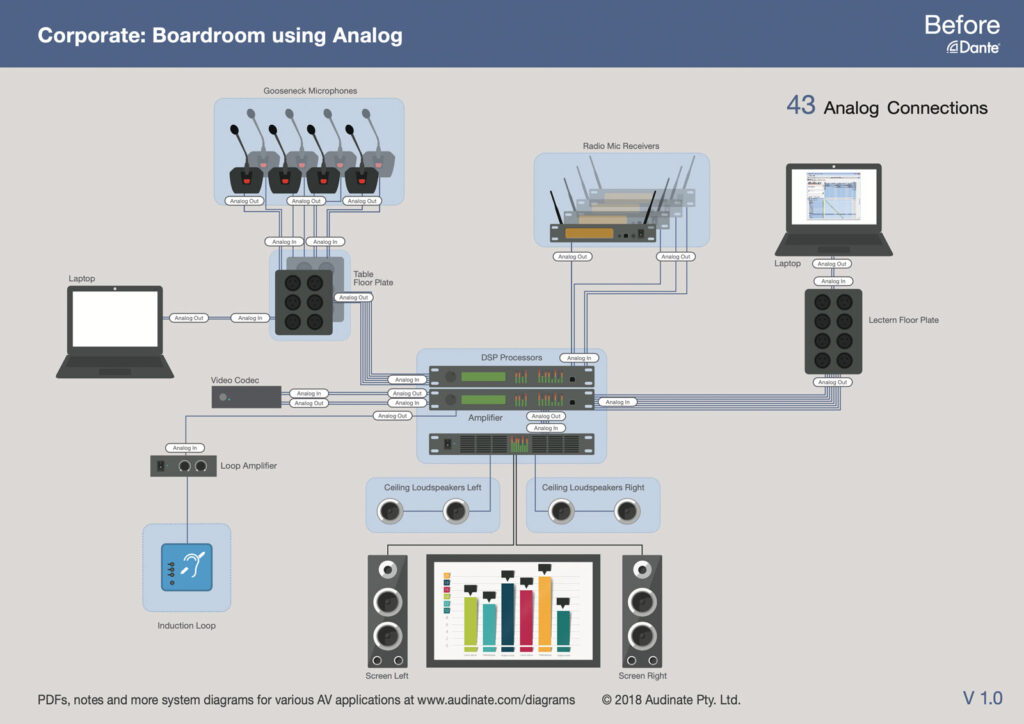 Dante redefines how audio connectivity works in a corporate environment. With all connections using standard IT connections, you use less cable and can group connections at a local switch, without the need for many individual cable runs. 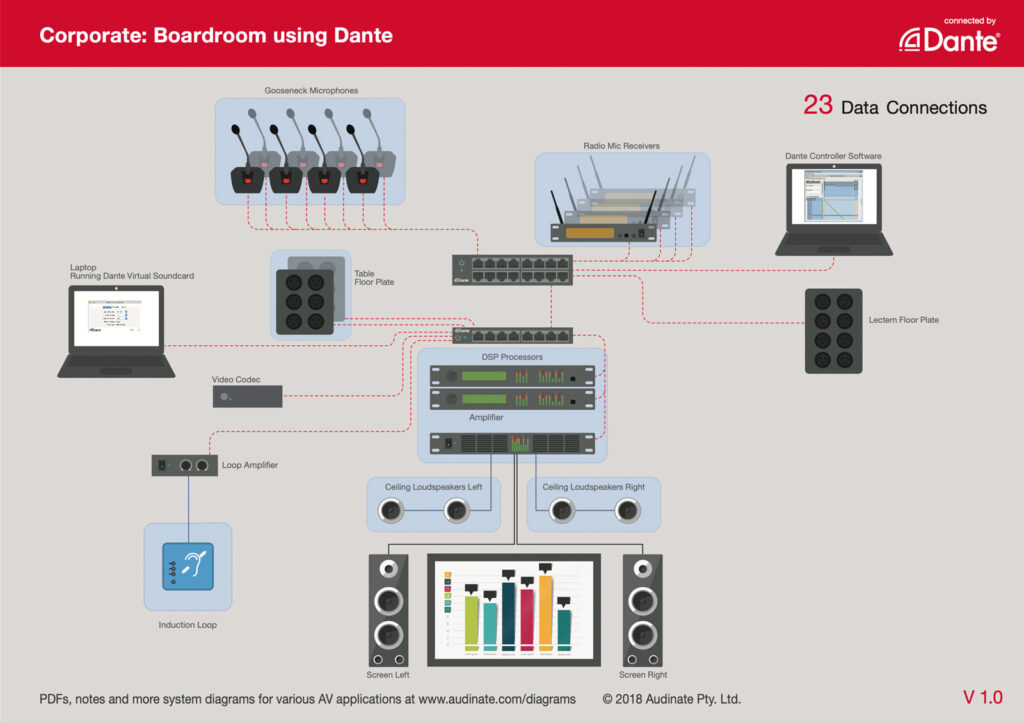 Audio signals can be patched as you need them and additional audio sources just connect into the network. No more messing around with headphone jacks from laptops. 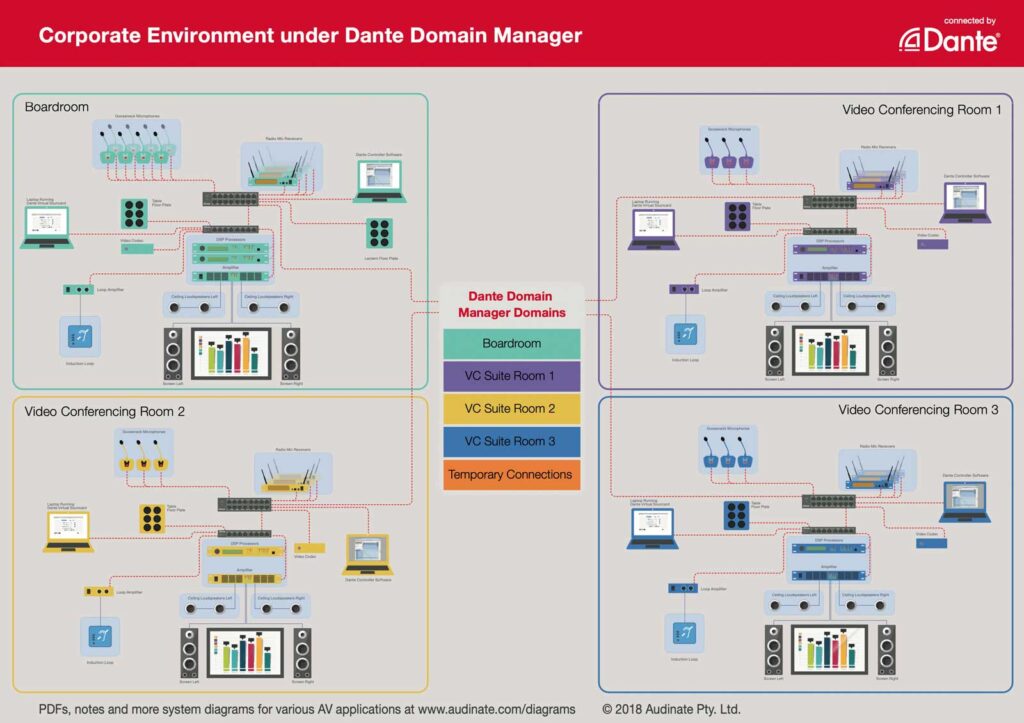 The Dante hardware or software in a device takes digital audio and ‘packetizes’ it. The audio is segmented and wrapped it in IP (Internet Protocol) packets suitable for transmission across a standard IP network. The packets contain timing information and source and destination network addresses, allowing them to be efficiently routed through the network to the correct destination.

When a device receives Dante audio packets, it reconstructs them back into a continuous digital audio stream, which is then played out, recorded, or digitally processed, depending on that device’s role in the audio system. Performance is second to none: all Dante audio is 100% lossless 24- or 32-bit, and sample rates from 44.1 kHz to 192 kHz are supported.

Dante AV does the same job with video, taking compressed video signals and converting them into IP packets that share the same timing and control mechanisms as Dante audio.

Dante Controller software allows users to configure signal routes and other settings. All routes and settings are stored in the individual Dante devices, allowing them to run without any connected computers. Users don’t have to worry about re-establishing routes when a system is moved or power cycled – it “just works,” saving time, worry and setup costs.

Thank you for taking the time to learn more about Performance Audio and Video and the brands and services that we offer. At PAV, we are committed to combining Technology, Vision, and Experience to enhance and simplify Clients’ lives. If you are interested in learning more about our unique approach, please contact us today.

Want the automated home of your dreams?
PAV can make it reality. Let’s talk.

We are headquartered in Marietta, Georgia, but PAV serves customers in the wide metro Atlanta area, especially Cobb County and Marietta.